How do I reach Pakistan?

Following are the designated entry and exit points for foreign nationals to come and visit Pakistan: 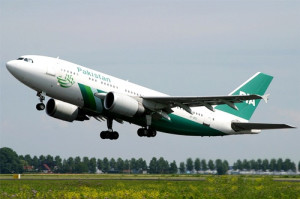 Air travel is by far considered the most fast adequate mode for travelling. Currently, Pakistan owns a network of well-developed airports, many among them coincide with the international standards. They are located in all the populous as well as satellite cities of Pakistan. World’s major airlines have listed Pakistan as one of their destinations. However, many of them have their flights to Karachi only, but some of them also land at Islamabad airport, such as British airways, PIA, Saudia and China Xinjiang Airlines.
More details can be seen on this website: http://www.piac.com.pk/ 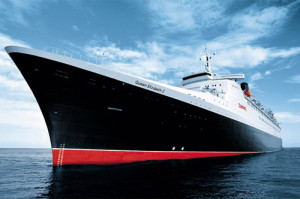 Pakistan has an international seaport which is located in Karachi. It is used mostly for cargo handling as these days passenger boats or ships are not open for travelling to or from Pakistan for the general public. Yet, some specific small boats do maneuver between the Gulf countries and Pakistan. A ferry service is being devised in collaboration with the Indian and Gulf states. 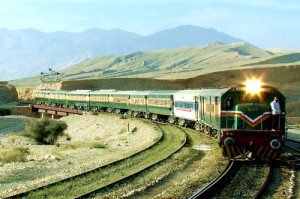 Travelling by road could be a bit hectic but it’s possible as some of the major countries like Afghanistan, China, India and Iran share borders with Pakistan, so that makes the land route easily accessible.

The Silk Route or the Karakoram Highway, from China (Province: Xingjian) can be followed to reach Pakistan. Starting the journey by crossing the highest border between any two countries, the Khujerab Pass (located 4,800 meters) and then reaching Gilgit, via the majestic Hunza valley, and then through Abbotabad and Mansehra to Islamabad. Bus services are easily available from Sost to Taxkurgan (Chinese border post) which are run by PTDC (Pakistan Tourism Development Corporation and NATCO (Northern Areas Transport Corporation). The Schedule for the Khunjerab Pass is as follow: 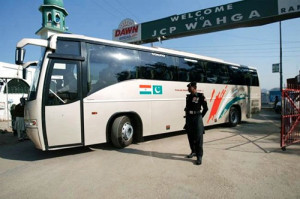 From India, the two modes of travelling by road are, via bus or rail. There are two entry points, one is the Wahgha border near Lahore and the other is Khokhrapar border in Sindh. Lahore Dehli Bus Service (LDBS) takes operates from Lahore terminal 66-D-1, Gulberg III, near market Lahore.

Up to 2 years (No entitlement of seat) : Free

More details can be seen on this website: http://www.tourism.gov.pk/ldbs.htm

Iran also has two modes of travelling by road, via bus/coach or rail. On regular basis quite a few buses and coaches leave from Taftan (Pak-Iran border post) to Quetta (634 km- 16/18 hours). Express train from Zahidan to Quetta (via Taftan -27 hours) goes weekly. An approximate fare for bus and train is listed below:

Another train leaves Taftan for Quetta every Thursday.